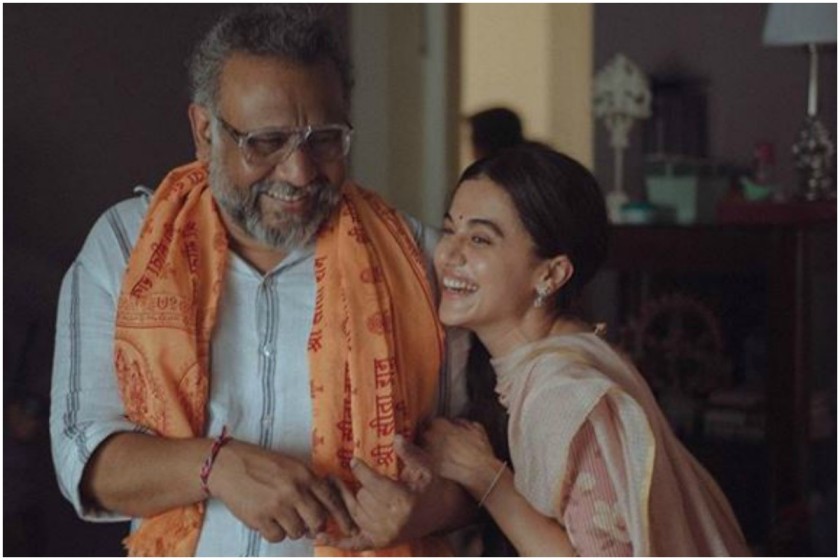 Anubhav Sinha and I have known each other for nearly 26 years. We are nearly the same age and we started our careers at approximately the same time and I have always envied him. Earlier it was for the wrong reasons. Then it was because he bought a swanky Toyota when most of his peers including me could barely afford a new motorbike. That car troubled me for a long time. Then one day in early 2000 Anubhav landed up unannounced on the sets of one of my songs. I don’t like shooting songs. This was one of those songs. He walked in, spent some time laughing with my choreographer and chatting with my film’s lead actor. After a while he left. And then I found my lead actor sulking in a corner. I asked an assistant why he was sulking. The assistant said that Anubhav Sinha had walked on to the set and asked my lead actor who the hero of the film was. My perplexed actor said it was him, why did he ask? Anubhav said that the hero would not be in the same costume as the other dancers. Hence, he wondered if the film had a ‘hero’. To cut a long story short – I had to rework the rest of the song picturization and give new costumes to my hero. And while I resented Anubhav for making that night so chaotic and stressful the truth is that the song did look better after those changes. So between 1993 and 2010 I had a mix of envy, resentment and warmth for Anubhav Sinha who made Tum Bin, Dus, Cash, Ra-One and many other films.

A few days back I saw his new film Thappad – for the second time. I felt envious. But as I reflected later this was dissimilar to the envy from our early years. This was the envy I felt after I ended up watching his earlier film Article 15 nearly five times. This Anubhav Sinha awakens a different kind of envy within me. A constructive kind of envy if there is something like that. But more about that later. This piece is about Thappad. It should be.

When I saw a cut of Thappad on the edit table I had predicted that this film would be widely reviewed, that this film would stir up conversations and that it was probably Anubhav’s best work till date. Thappad is a difficult film to make. But Anubhav makes difficult choices. Mulk and Article 15 were difficult films too because they questioned our own positions and challenged us to have conversations on religion, caste, identity and politics – things that we are all so enveloped by but are afraid to address. But Thappad is an even more difficult conversation to have and hence an even more difficult film to make. It is after all about our private lives. It explores our attitudes, bares our mindsets and strips us of all those artifices we have about gender and patriarchy in our day to day lives. It nudges you, it pushes you, it argues with you, it talks to you, it compels you, it engages you. Through its exploration of the political in the personal it affects you deeply and in that is Thappad’s resounding triumph.

As a father of two girls I wept. I watched the film with a stunned audience in Jaipur and wept inconsolably. Later I felt compelled to just take the flight home and to give a tight hug to my daughters, to tell them that they should be fearless in their choices and as a parent i would always be there for them. But most of all I wanted to hug them. Such was the power of this film. I also felt like saying something to my wife. But I will leave that for the end of this often forgive me for digressing essay.

I often complain to Anubhav that his films underline a lot of what the characters feel in words. Where I would have used silence, Anubhav uses words. It will always remain a point of happy disagreement between the two of us. For me silence is like a meditative and soothing yoga posture, it is a space for audiences to meditate over and explore the unspoken. For Anubhav words are like a healing balm. They can provoke you, they can anger you, they can stun you, they can frustrate you or they can make you weep. Anubhav’s words are sharp and usually elicit a reaction from you. That is his biggest strength and maybe in some cases his greatest weakness. Anubhav’s characters are sharply observed, his scenes are expertly staged, his world is authentic yet pleasingly cinematic, his storytelling is rooted in his stories and is free of ‘international’ pretense. His dialog with the audience is direct, sharp and very effective. His communication with your heart, with your conscience is straightforward. Therein lies the success of Anubhav Sinha 2.0. But again I am digressing .

Thappad is a very difficult film to make because often depiction of the upper middle-class, urban milieu is usually garish or painfully pretentious in many of our films. But Thappad is refreshingly relatable. These are characters you have seen. These are characters you can feel. These are normal people with normalized issues. It is in the exploration of this disturbing normalization of inequity and abuse that Thappad is brilliant. While it does explore how we normalize patriarchy, it also explores how selfishness and entitlement are also seen as completely normal in our modern-day relationships. So many of us live our day to day lives to fulfil the selfish desires of another – whether we are employed, married or in a relationship. In the fulfilment of the other’s desires we must find our happiness. This is what most women are conditioned to believe.  Thappad compels you to introspect. It forces you to question. It shakes you up from within. It makes your body react. It has the power to heal you. Thappad is a tour de force. It is one of the most powerful Hindi films I have seen.

This film would have been less than half the film it is without its wonderful ensemble. The ever consistent, vastly underrated Kumud Mishra is heartbreakingly good as Amrita’s supportive father.  His performance is dignified and wise – much beyond his own age. Kumud is the standout actor of the film for me. Then there is Taapsee Pannu – a rare, rare talent. She plays the complex yet seemingly one-dimensional, vulnerable yet strong, conflicted yet clear, emotional yet stoic Amrita with a rare dignity and with a luminescence that radiates beyond the film’s length. Debutant Pavail Gulati is an absolute revelation. I had seen stills of this actor on Instagram and I was apprehensive about Anubhav having cast a hunk over an actor. This was my stereotyped thinking at work. This hunk is a fantastic actor. He has perhaps the most complicated character in the film. He is wrong yet likeable. He is abusive yet loving. You are not supposed to hate him but you should not be rooting for him. This is the most accomplished debut I have seen in many years. Tanvi Azmi as a shadow of what Amrita (Tapsee) would eventually become if she did not make the choices she would eventually make is terrific. All the other actors (Ratna Pathak Shah, Gitika Vidya Ohlyan and Dia Mirza in particular) are also excellently cast and  most of them populate Anubhav’s complex canvas beautifully.

I am not a film critic. This is not a film review. I wanted to tweet about the film but there were too many things I wanted to say and limiting those in a series of 280-character tweets would have been a task beyond my limited talents. But there are some people I must complement. Cinematographer Soumik Mukherjee for shooting all the characters and their spaces with love and without once trying to overshadow the film or its characters. Editor Yasha Ramchandani for expertly constructing a complex narrative from a woman’s perspective without ever being unjust to all the male characters in the film. Unfortunately, editors are always unheralded and undercelebrated as storytellers because many uninformed critics view editing as merely reducing the length of a film. Thappad is a gently shot film with an even gentler edit – a rare quality in our films and a great service to Anubhav’s storytelling. The writers of the film Mrunmayee Lagoo and Anubhav Sinha for being the man and woman behind this rare Indian relationship film. I had read a draft of the script a few months before Anubhav made the film.  While quite a few things have changed between the draft I read and the film Anubhav has made, I remember the script of Thappad being beautifully crafted and totally unputdownable. The juxtaposition of different stories in this film is done so skillfully that you rarely feel the stories ever missing a beat or meandering away from the films’ central argument about entitlement, patriarchy and freedom. All of Anubhav’s recent films (Mulk, Article 15 and Thappad) are particularly remarkable because they are persuasive in their presentation of a central argument. It is a rare quality and it is the hallmark of this very fine, evolved filmmaker. So yes, this is a very well written film. All other departments particularly the production design by Nikhil Kovale are so good that they are virtually absent and rarely drawing attention to themselves. Another sign of a mature film made by a secure filmmaker. I could ramble on and on and on. But I will stop here.

I want to end this rather lengthy, sometimes meaningless, mostly rambling and bordering on hagiography piece with a small personal note :

To all the women in my life. To my wife, my mother, my sister, my daughters, my ex-wife, my girlfriends and all those that have been subjected to my societal conditioning