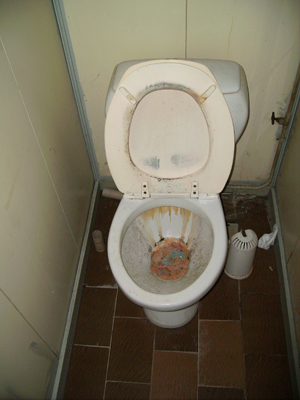 As we spoke I got a call from my father. He told me there was some sting operation on CNN-IBN exposing black money in bollywood. That conversation with my dad had me intrigued enough to trudge back home with the ‘noble’ intention of deriving some vicarious, voyeuristic pleasure from this sting operation.

I normally sleep by 10.30. I stayed up to watch the drama unfold. I wish I’d watched Bol Bachchan instead.

I was expecting a potboiler spiced with titillation, drama and some comedy. Instead, I was subjected to a cheap tragedy. Here was a stink operation that looked for an unidentified, unbearable stench in lowly gutters of the neighboring slums without bothering to flush its own toilet.

An aspiring movie mogul, a director on the decline, a producer who was once big, a producer who wants to be big, two starlets and a faceless voice that did most of the talking. Correction. A faceless voice that put words into their mouths. The ‘sting’ exposed desperation of people either on the decline or people on the periphery of an imaginary land with an unfortunate name – bollywood. This was not an expose on black money or the dark underbelly of bollywood. Once again our news channels bereft of ideas and anchored by brain-dead loudmouths subjected us to a shoddy operation without investigation, research or basic understanding.  It is disturbing that an opportunity to expose those who exploit this desperation for money (black or white or any color/currency/form) has been totally wasted.

I have a lot to rant on this but I will stop. But this much I will say… Hamaam mein sab nange hain